At the start of 2011 three Dommes held a party…. But it wasn’t your usual style of party, no way!  This was a multi slave play party!  The very first one was hosted by my good friend Lady Venom, with myself and Lady Bellatrix in attendance, along with a small group of slaves.

We ended up having so much fun that we decided to hold another, and another…  As time went on I attended other parties with various Domme friends, but lifestyles and logistics unfortunately prevented the original three getting together as often as we would have liked.  This meant our partying together was unfortunately very infrequent.

Along the way I met and made friends with a few other Dominant ladies such as Miss Kitty Bliss and Lady Alexia, who like to party almost as much (if not more!) than I do, and so the parties grew and evolved.

Together with the help of our small group of Dommes, they eventually became a much more regular occurrence, generally based around East London. 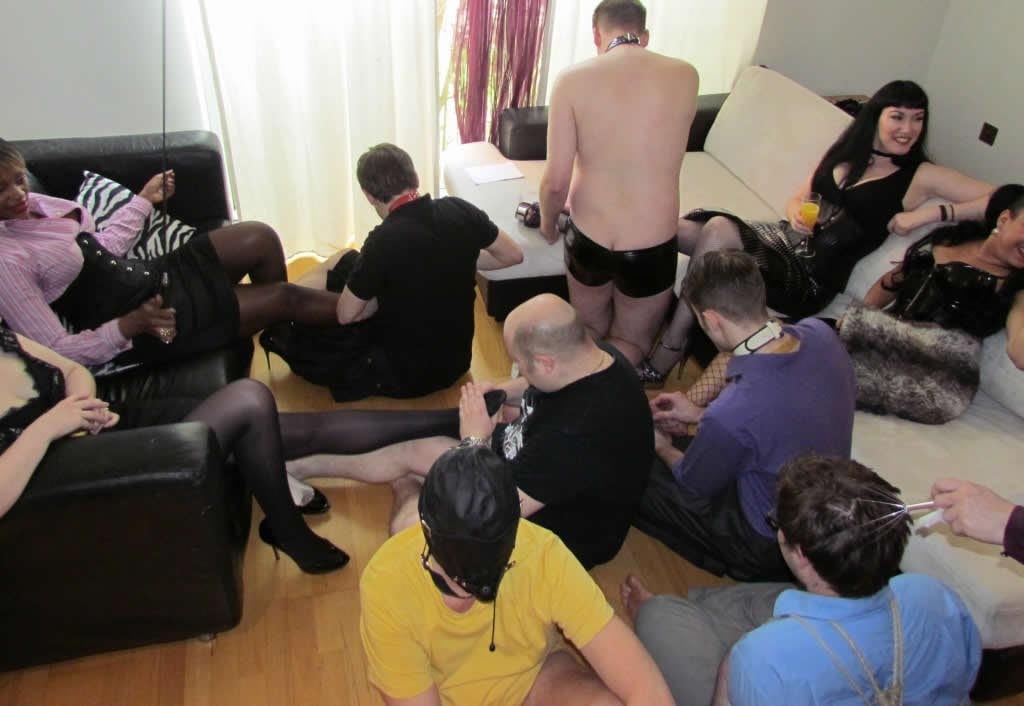 Domina Parties are now held a few times each month, in different locations around London as well as other areas of the UK, and catering for various levels and styles of play.  They are usually held in luxurious domestic settings – this is in order to keep the costs as low as possible, especially given the current financial environment.  Occasionally, though, the parties are held in a dungeon setting, and sometimes feature a special guest Mistress or two along with the regular circle of Dominas who usually participate.

If you’re interested in attending and/or would like some more information, please see the Domina Parties website.  We look forward to seeing you at one of our events!